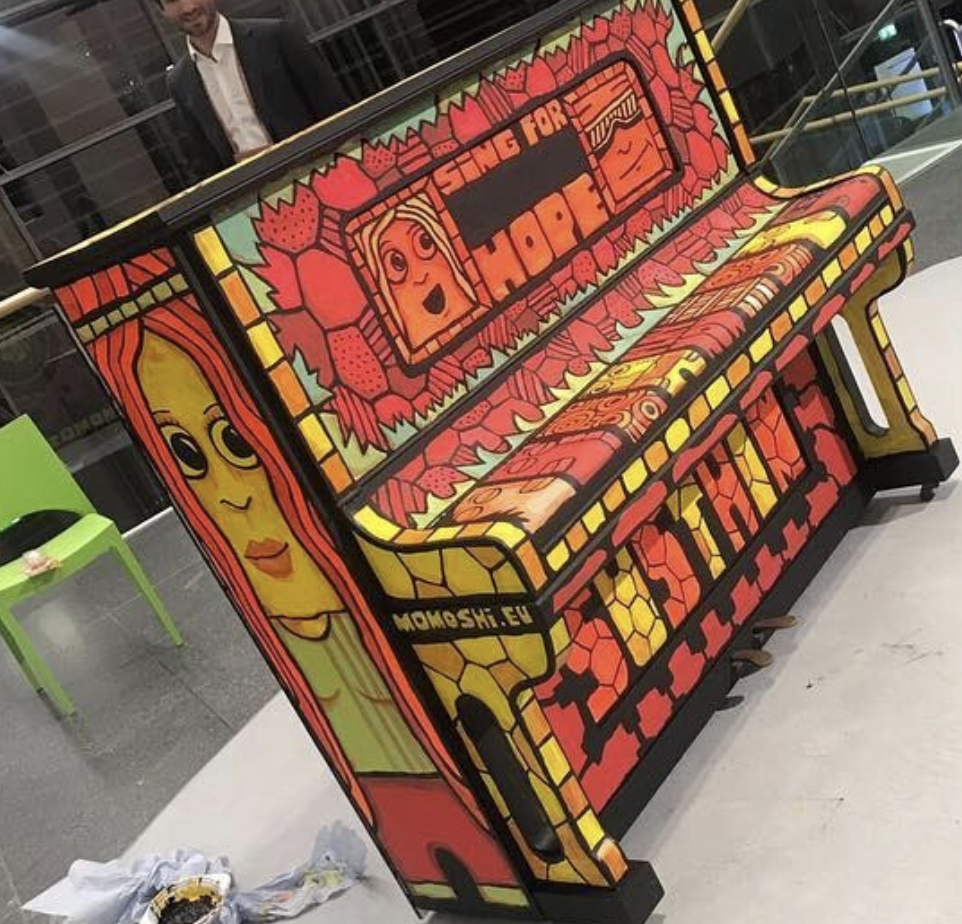 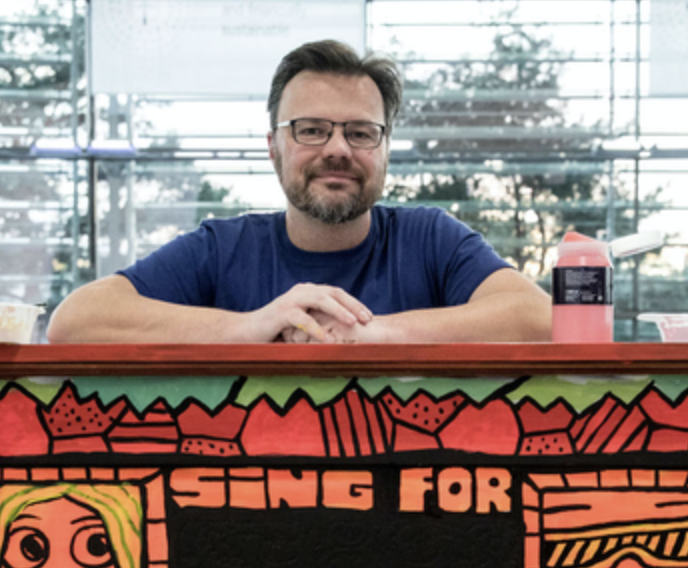 The Nuremberg based multimedia street-art artist and animator “Momoshi” is a “traveller between worlds” in a biographical as well as an artistic sense. He calls himself a cosmopolitan as he has visited and lived in many different countries. He was born in Hungary, but grew up in Germany and Algeria, among other places. Besides this, he also speaks five languages.

His paintings are joyful and ironic, and his figures are brightly coloured and extroverted. The inspiration to become an artist came suddenly and out of nowhere in the middle of a lecture at university. “Like a lightning bolt”, he says. This happened quite a while ago, back at a time when he was studying American Studies, Modern History, and Art History. For his stage name, a woman is responsible – how could it be otherwise?, To be more precise, a Japanese woman whom he had met at a party and wanted to impress with his artistic abilities, he told me with a grin on his face. Literally translated, Momoshi means “dead peach”.