About Sing for Hope

Sing for Hope harnesses the power of the arts to create a better world. Our creative programs bring hope, healing, and connection to millions of people in hospitals, care facilities, schools, refugee camps, transit hubs, and community spaces worldwide. Founded in New York City in 2006, Sing for Hope partners with hundreds of community-based organizations, mobilizes thousands of artists in creative service, and produces artist-designed Sing for Hope Pianos across the US and around the world. The official Cultural Partner of the World Summit of Nobel Peace Laureates, Sing for Hope champions art for all because we believe the arts have an unmatched capacity to uplift, unite, and heal. Learn more and join the movement at singforhope.org

Creating a better world through the arts.

Sing for Hope harnesses the power of the arts to create a better world.

QR Code
This links to singforhope.org and may be used on signage, banners, postcards, etc.

A woman-led organization, Sing for Hope was founded by Juilliard-trained sopranos Camille Zamora and Monica Yunus in response to the events of 9/11. Juilliard shares its city block with a firehouse that was a first responder that day, losing twelve of their men. That afternoon, and in the weeks and months that followed, Zamora and Yunus organized fellow students to share hope through music for the survivors and families.

Sing for Hope is our organization’s name.

Below, you can download links to the Sing for Hope logo as well as the Sing for Hope Pianos logo. These should be used in all promotional materials and cannot be altered or modified by cropping, changing of color, or layout. 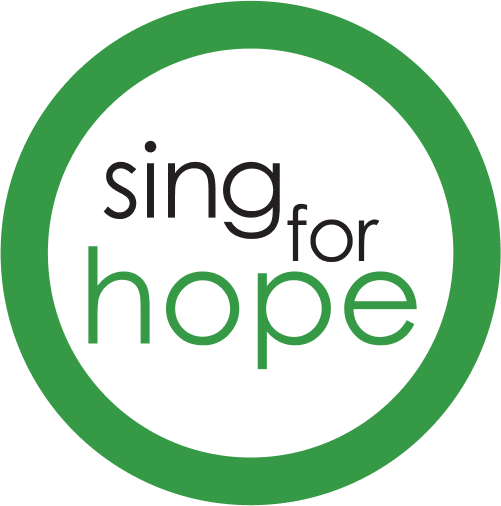 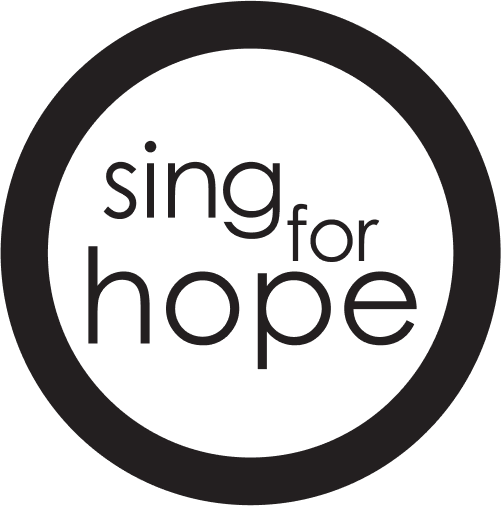 Primary Colors
The Sing for Hope image is emphasized when the colors connected to its logo are used in the proper way. The green and black shown here are the main colors of the Sing for Hope brand and should be used prominently.

Secondary Colors
Presented here are the secondary colors of the Sing for Hope brand. These colors can be used in conjunction with the green and gray, but should never overpower the green or gray primary colors.

Sing for Hope Board of Directors

Monica Yunus is the Co-Founder and Co-Executive Director of Sing for Hope. Ms. Yunus has performed with the world’s leading opera companies, including The Metropolitan Opera, Washington National Opera, The Zouk Festival, and in recitals in Spain, Guatemala, and her native Bangladesh. She has been named a 2016 Young Global Leader of the World Economic Forum, honored with a 21st Century Leaders Award, as “New Yorker of the Week” by NY1, and named one of the “Top 50 Americans in Philanthropy” by Town & Country. A leading voice in the “artist as citizen” discussion, she has performed and spoken at Fortune’s Most Powerful Women Summit, Skoll World Forum, Aspen Ideas Festival, and the United Nations. The daughter of Nobel Peace Prize Laureate Muhammad Yunus, Ms. Yunus is a graduate of The Juilliard School.

Camille Zamora is the Co-Founder and Co-Executive Director of Sing for Hope. An internationally acclaimed soprano, she has appeared with collaborators ranging from Yo-Yo Ma to Sting, with ensembles including London Symphony and Glimmerglass Opera, and in live broadcasts on NPR, BBC Radio, Deutsche Radio and Sirius. A graduate of The Juilliard School, she has been recognized by the Congressional Hispanic Caucus and named one of CNN’s Most Intriguing People, NY1‘s “New Yorker of the Week” and one of the “Top 50 Americans in Philanthropy” by Town & Country. A regular contributor to The Huffington Post and a leading voice in the “artist as citizen” discussion, Camille has performed and spoken at Fortune’s Most Powerful Women Summit, Skoll World Forum, Aspen Ideas Festival, and the United Nations.