The pianos, which feature artwork inspired by the themes of football and New York City, will be included as part of The NFL On Location Super Bowl Club pregame party adjacent to MetLife Stadium. NFL On Location is the National Football League™s official source for event experiences and hospitality.

The exhibit features an upright piano painted by NFL quarterback Kurt Warner with his wife Brenda Warner and their daughter, Sing for Hope Volunteer Artist Jesse Jo Warner. The second piano, a baby grand, was painted by artist Jessica Browne-White and high school students from Sing for Hope™s educational programs.

,Sing for Hope is thrilled to be a part of Super Bowl XLVIII! said Sing for Hope co-founders Monica Yunus and Camille Zamora. ,Both the arts and sports are all about teamwork, passion, and maximizing potential. We are so excited that the Sing for Hope Pianos will pay tribute to the New York/New Jersey community at this historic event.

Both pianos will be on display for NFL On Location Super Bowl Club ticketholders at the NFL On Location pregame party inside the stadium security perimeter prior to the game.

Quarterback Kurt Warner was a dominant force in the NFL over the course of his career, leading the St. Louis Rams to victory in Super Bowl XXXIV and appearing in two additional Super Bowls with the Rams and the Arizona Cardinals. He was named to four Pro Bowls and earned two NFL MVP Awards and one Super Bowl MVP Award, in addition to numerous other awards and accolades. In 2008, he surpassed several Cardinals™ franchise records including touchdowns, attempts, completions, completion percentage, and passer rating. Arguably at his best in the postseason, Warner has earned several career postseason records, including the Super Bowl record for most career passing yards with 1,156 and the top three passing performances in Super Bowl history. In 2001, Kurt and his wife Brenda Warner established the First Things First Foundation, a non-profit public charity dedicated to impacting lives by promoting Christian values, sharing experiences and providing opportunities to encourage everyone that all things are possible when people seek to put first things first. He is now an analyst for the NFL Network and lives in Arizona with his wife and children. His eldest daughter, Jesse Jo Warner, is a Sing for Hope Volunteer Artist whose 2013 Sing for Hope Piano was exhibited in Clove Lakes Park on Staten Island.

Jessica Browne-White is a visual and performing artist based in NYC. Her piano for the 2013 Sing for Hope Pianos was installed in Greeley Square (33rd St. & 6th Ave.) in Manhattan. Also a director, performer, art director, and graphic designer, her work has been seen at MANA Contemporary, The Art Students League, and Chopt Logic. WWW.DREAMSCAPESINK.COM 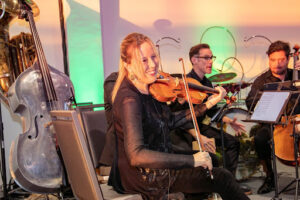 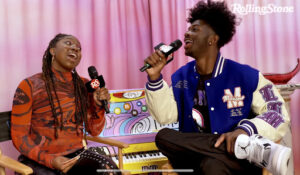