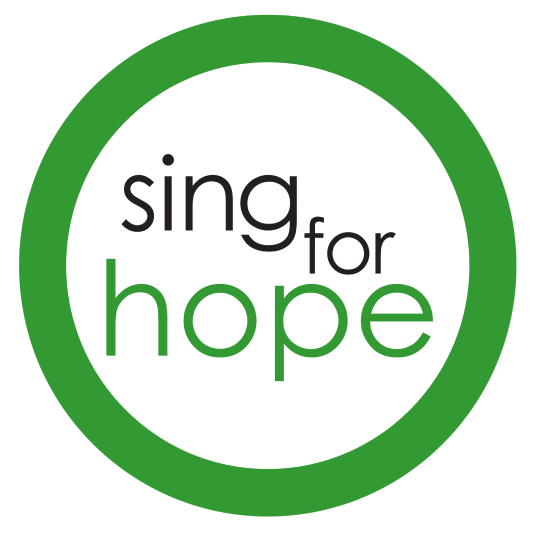 Children who studied music for two years were better able to tell the difference between similar speech sounds than their peers. Better sound processing in the brain is tied to better language learning later on.

Two decades ago, a team of scientists released a study documenting what they called the ,Mozart effect. They claimed that listening to classical music could boost a child’s IQ. Although this study has since been disproven, recent research has begun to show that playing music offers mental benefits that just listening does not.

For example, a program called EL SISTEMA in Venezuela found that children in community music programs were more likely to stay in school, perform well in school, and pursue college degrees than their peers who were not in the program.

Singing or playing an instrument activates a variety of brain regions, including those involved in physical coordination, auditory processing, and emotional processing. Thatâ€™s exactly what researcher Nina Kraus found in a new study published in the JOURNAL OF NEUROSCIENCE.

She partnered with Presidential Citizens Medal-winner Margaret Martin at the HARMONY PROJECT, a nonprofit organization that has offered music education to more than 1,000 low-income children in Los Angeles. The Harmony Project provides children with free instruments and musical instruction in exchange for the students promise to stay in school. Ninety-three percent of high school seniors in the program have graduated and continued on to college, even though local high school dropout rates are above 50 percent.

Kraus recruited 44 children from the Harmony Projects waiting list, all of whom were motivated to learn music. They were randomly assigned to one of two groups. The first group began a two-year musical instruction program, while the second group joined the program after deferring for one year.

At the beginning of the study, at the one year mark, and at the two year mark, researchers measured the students neural responses in a difficult hearing test. Students had to distinguish between two syllables, ,ba and ,ga. (Its called categorical perception, and its harder than it sounds – try telling ,bad from ,bat  HERE.) This test predicts performance on a wider range of speech, language, and reading tasks.

In previous studies in my lab, we’ve discovered that poverty biologically impacts how the brain processes sound, and negative influences are seen in how children perform on cognitive and reading measures, said Kraus, the Hugh Knowles professor of neurobiology, physiology, and otolaryngology and director of the AUDITORY NEUROSCIENCE LABORATORY at Northwestern University, in an interview with Healthline. ,Learning to make music appears to remodel childrenâ€™s brains in ways that facilitate and improve their ability to learn.

The paper cautions that the effects of music training on children’s brains were still quite small. Nonetheless, Kraus is excited about what her study means for the future of music education and research.

We’ve only uncovered the tip of the iceberg, she said. ,Policy makers need to be aware that music programs may actually be one of public educations most cost-effective approaches to building stronger learners, including students highly at-risk for academic failure.

Learning to make music appears to remodel children’s brains in ways that facilitate and improve their ability to learn.  – Nina Kraus, Northwestern University

Robert Duke, Meyerson professor of MUSIC AND HUMAN LEARNING at the University of Texas at Austin, thinks that using these study results to advocate for music classes in schools is impractical. ,What often gets missed in this is [that] people look to these kinds of results to provide a rationale for music education and say, This is why we should have children studying music, Duke told Healthline. This isn’t at all why we ought to have children studying music.

Instead, he argues, music is valuable in and of itself. Anyone who has gone through whatever level of effort to actually learn to play an instrument or learn to sing can report to you how gratifying they find that experience, Duke said.

The Uncertain Future of Music Education

As schools are being held to new state and nationwide standards for student test scores, music budgets are frequently on the chopping block. Although access to music education was about THE SAME IN 1999 AND 2009, the recent recession has hit hard. Between 2010 and 2011, the national ARTS IN EDUCATION program was slashed by about $9 million.

However, most funding for schools occurs at the STATE AND LOCAL LEVELS. Since the recession, at least 35 STATES are spending less per student to fund education than before the recession. AS OF 2012, 1.3 million elementary school students were without access to music education. A DISPROPORTIONATE PERCENTAGE of these children struggle with poverty, as measured by their eligibility for free or reduced-price school lunches.

Duke agrees with her that schools and other programs must step in to close this gap. If there are families who can’t afford to provide [private music instruction] to their children, then schools should do that, Duke said. It’s a part of our culture. 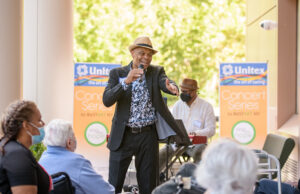 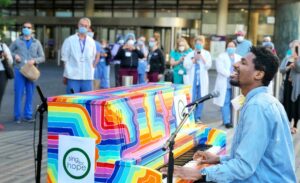 2021 Annual Report: A Look Back at an Unprecedented Year

Dear Friends, Over the past two years, so much has shifted for all of us individually, communally, locally, globally. At Sing for

Unitex is a founding sponsor of Open Arts

Epilepsy Safe Mode
Dampens color and removes blinks
This mode enables people with epilepsy to use the website safely by eliminating the risk of seizures that result from flashing or blinking animations and risky color combinations.
Visually Impaired Mode
Improves website's visuals
This mode adjusts the website for the convenience of users with visual impairments such as Degrading Eyesight, Tunnel Vision, Cataract, Glaucoma, and others.
Cognitive Disability Mode
Helps to focus on specific content
This mode provides different assistive options to help users with cognitive impairments such as Dyslexia, Autism, CVA, and others, to focus on the essential elements of the website more easily.
ADHD Friendly Mode
Reduces distractions and improve focus
This mode helps users with ADHD and Neurodevelopmental disorders to read, browse, and focus on the main website elements more easily while significantly reducing distractions.
Blindness Mode
Allows using the site with your screen-reader
This mode configures the website to be compatible with screen-readers such as JAWS, NVDA, VoiceOver, and TalkBack. A screen-reader is software for blind users that is installed on a computer and smartphone, and websites must be compatible with it.

We firmly believe that the internet should be available and accessible to anyone, and are committed to providing a website that is accessible to the widest possible audience, regardless of circumstance and ability.

To fulfill this, we aim to adhere as strictly as possible to the World Wide Web Consortium’s (W3C) Web Content Accessibility Guidelines 2.1 (WCAG 2.1) at the AA level. These guidelines explain how to make web content accessible to people with a wide array of disabilities. Complying with those guidelines helps us ensure that the website is accessible to all people: blind people, people with motor impairments, visual impairment, cognitive disabilities, and more.

This website utilizes various technologies that are meant to make it as accessible as possible at all times. We utilize an accessibility interface that allows persons with specific disabilities to adjust the website’s UI (user interface) and design it to their personal needs.

Additionally, the website utilizes an AI-based application that runs in the background and optimizes its accessibility level constantly. This application remediates the website’s HTML, adapts Its functionality and behavior for screen-readers used by the blind users, and for keyboard functions used by individuals with motor impairments.

If you’ve found a malfunction or have ideas for improvement, we’ll be happy to hear from you. You can reach out to the website’s operators by using the following email

Our website implements the ARIA attributes (Accessible Rich Internet Applications) technique, alongside various different behavioral changes, to ensure blind users visiting with screen-readers are able to read, comprehend, and enjoy the website’s functions. As soon as a user with a screen-reader enters your site, they immediately receive a prompt to enter the Screen-Reader Profile so they can browse and operate your site effectively. Here’s how our website covers some of the most important screen-reader requirements, alongside console screenshots of code examples:

We aim to support the widest array of browsers and assistive technologies as possible, so our users can choose the best fitting tools for them, with as few limitations as possible. Therefore, we have worked very hard to be able to support all major systems that comprise over 95% of the user market share including Google Chrome, Mozilla Firefox, Apple Safari, Opera and Microsoft Edge, JAWS and NVDA (screen readers), both for Windows and for MAC users.

Despite our very best efforts to allow anybody to adjust the website to their needs, there may still be pages or sections that are not fully accessible, are in the process of becoming accessible, or are lacking an adequate technological solution to make them accessible. Still, we are continually improving our accessibility, adding, updating and improving its options and features, and developing and adopting new technologies. All this is meant to reach the optimal level of accessibility, following technological advancements. For any assistance, please reach out to