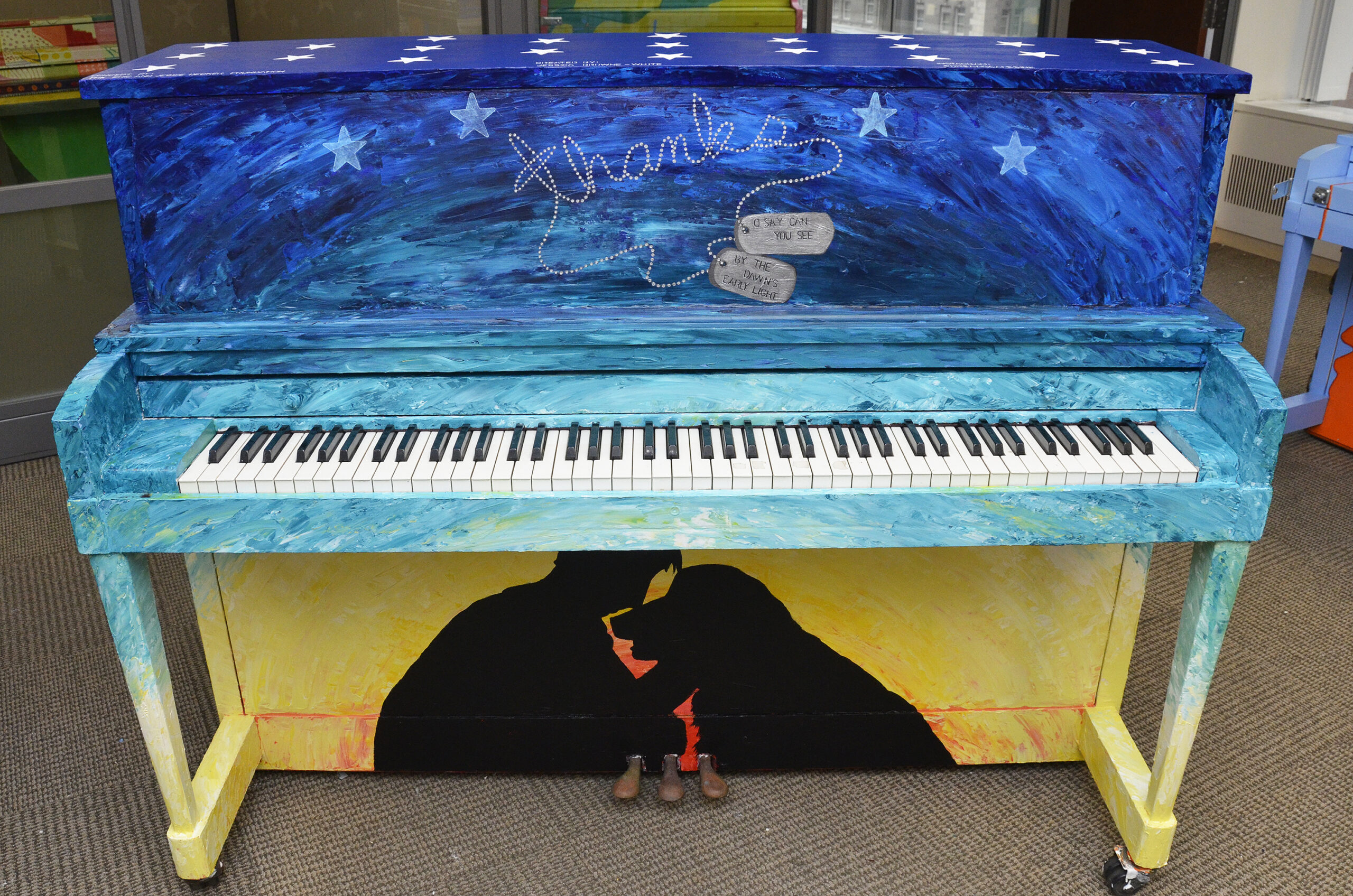 Artist Statement: The Eric & Jessie Decker Foundation, through its fundraising efforts and community outreach, strives to positively impact the lives of United States military service members and veterans as well as animals. EJDF is committed to service to those who have served us via Deckers Dogs, which helps fund the rescue, care and training of service dogs for military veterans returning home with disabilities. For more information, visit their website at http://ejdeckerfoundation.com/ 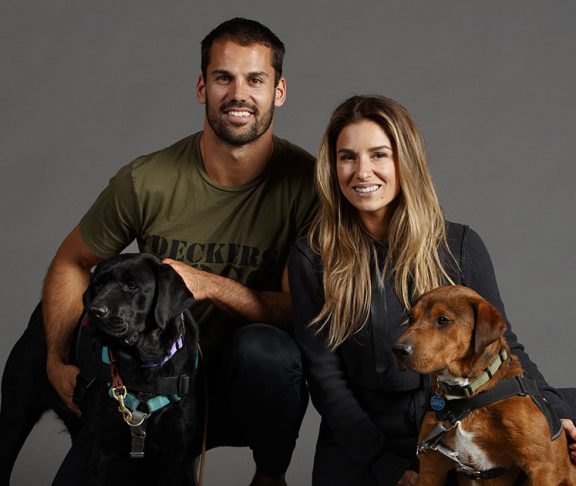 1. Services for U.S. Military Veterans, including through the rescue and training of service dogs via the Decker Foundation’s founding program, Decker’s Dogs. EJDF is committed to continuing to partner with Freedom Service Dogs of America as well as expanding the breadth of its work with veterans in need.
2. EJDF partners with non-profit organizations committed to putting a stop to bullying and building self-confidence in children who have been victims of bullying.
3. EJDF partners with non-profit organizations which run after-school programs focused on keeping kids off the streets, providing a safe environment and fostering the growth and development of valuable life skills.

“I think being at the level I am as a professional athlete and my wife being able to touch so many people, we want to give back in a way that is important to both of us,” Eric says.

Jessie grew up in a military family, as her father, Steve, serves in the U.S. Air Force. She moved around the United States, lacking a definite home. Jessie’s hit single, “Military Man” is a tribute to her father, a wing commander in the 914th Airlift Wing at Niagara Falls Air Reserve Station.

This piano was created in partnership with Sing for Hope Volunteer Artist Jessica Browne-White. Jessica Browne-White (aka DreamscapesInk) is a New York based multidisciplinary artist who focuses on visual and physical storytelling. She is a creator of worlds and a purveyor of mystery, magic, and transformation. She believes we are all capable of imagining and re-creating the world as it isn’t – yet. Her visual artwork has been displayed in group exhibitions in New York, New Jersey, Virginia, Washington DC, and Chicago.

This Sing for Hope Piano was made possible in part by The Eric & Jessie Decker Foundation.

© 2023 by Sing for Hope, Inc. All rights reserved. No images may be reproduced without written consent. – Privacy Policy