The Sing for Hope Pianos 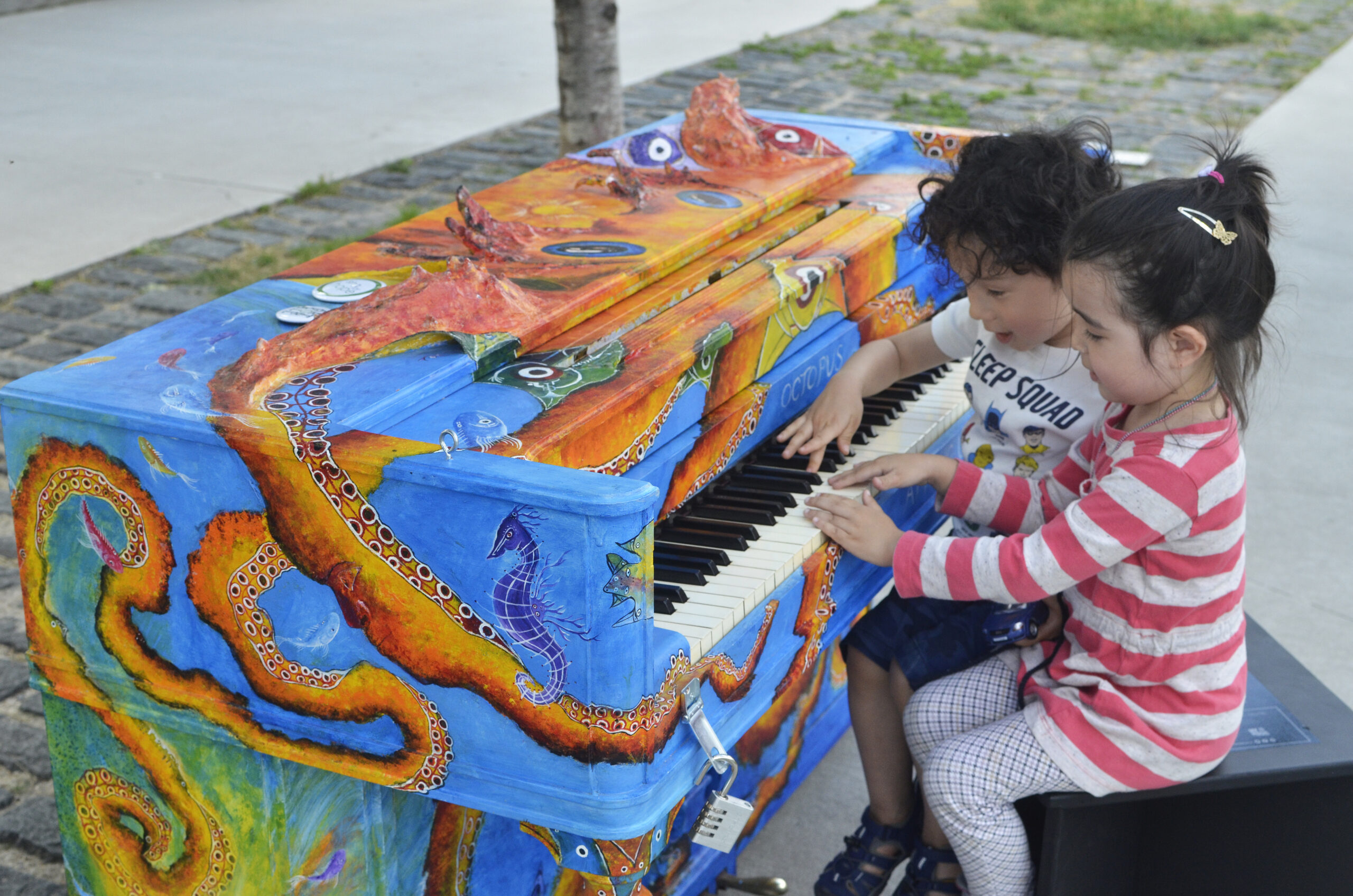 The 2017 Sing for Hope Pianos have been designed by artists including Kate McKinnon, Roberta Flack, Billy the Artist, the Broadway casts of Aladdin, Beautiful, Cats, Chicago, Lion King, Phantom of the Opera, School of Rock, Waitress, and Natasha, Pierre & The Great Comet of 1812 – and many more. This summer marked the sixth anniversary of the Sing for Hope Pianos with the placement of the 400th artist-designed piano to date, making NYC host to more street pianos than any other city in the world.

A special public unveiling of all pianos took place on June 5, 2017 at 28 Liberty Plaza with a special performance by Jon Batiste, Sing for Hope Board Member and bandleader of The Late Show with Stephen Colbert.

Fosun Group has donated a full 34,000-square-foot floor in 28 Liberty, a landmarked, iconic office tower in Lower Manhattan, to serve as a communal studio for the artists designing the pianos. To commemorate Sing for Hope’s 10th anniversary and as a special thank you to Fosun Group, ten pianos were placed at 28 Liberty Plaza during the 3-week installation for all to come visit 28 Liberty Plaza to play and enjoy.

“We started Sing for Hope with the core belief that the arts should be accessible to all. Now, more than ever, we believe that the arts can truly transform and uplift not only individuals but entire communities,” said Sing for Hope Co-Founders Monica Yunus and Camille Zamora. “We can’t wait to not only bring these playable masterpieces to all five boroughs for three weeks this June, but to also bring our mission full circle by delivering each piano to a New York City public school, giving the next generation of artists the opportunity to bloom.”

“It is an honor to support Sing For Hope for a second year, as it fulfills its mission to provide arts resources and programming to underserved neighborhoods in New York City”, said Bo Wei, chief executive representative of Fosun Group in the U.S. and Vice President of Fosun Property Holdings. “We are thrilled to be able to provide the space that enables these pianos to come to life and our collaboration with Sing For Hope ensures that 28 Liberty will continue to play a vital role in the culture of Lower Manhattan.”

Following the summer installation, the 2017 Sing for Hope Pianos were placed in permanent homes in New York City Schools. This partnership with the New York City Department of Education benefits an estimated 15,000 school children. Each piano is delivered to its school with great fanfare, complete with a ribbon-cutting ceremony and celebratory concerts from Sing for Hope Artist Partners and students within the schools.

The 2017 Sing for Hope Pianos are made possible by the support of Fosun Group, 28 Liberty, and the Sing for Hope’s Founders’ Circle, including The Arnhold Foundation in loving memory of Sissy Arnhold, The Thea Petschek Iervolino Foundation, The Anna-Maria & Stephen Kellen Foundation, and Ann Ziff.

Sing for Hope Pianos in this Program:

The Rhythm of NYC

Our World, Our America

The Nature of Love

The Foundation for Art & Healing

A Tribute To Andrew Lloyd Webber

The Broadway Casts of Cats, Phantom of the Opera, & School of Rock

A Soft Place to Land

The Broadway Cast of WAITRESS

The Broadway Cast of THE LION KING

The Broadway Cast of THE GREAT COMET

The Broadway Cast of CHICAGO

Beautiful As You Feel

The Broadway Cast of BEAUTIFUL

The Broadway Cast of ALADDIN

Nature is Watching You

The Dance of The Seasons

Love Notes to the NYC Subway

With Liberty and Jazz for All

Who Are the People in Your Neighborhood?

Color in the City

The Reality of Play